My work ‘pennae’ has been selected as one of three winning artworks for the prize competition
„Manifestation of Secular and Spiritual Power“ and will soon be displayed at the ‘Kunstkammer’ at ‘Kunsthistorisches Museum Vienna (KHM)’.

The competition already took place in 2019 and was announced by the ‘Kunsthistorisches Museum Vienna’ in collaboration with the ‘Academy of Fine Arts Vienna’ and the ‘Association for intergenerational funding of art and culture’. The show juxtaposes the ‘Imperial Crown of the Holy Roman Empire’ (Reichskrone), kept at the ‘Imperial Treasury’ (Kaiserliche Schatzkammer) and the ‘Vienna Gregory tablet’ (Gregorplatte) – both thousand-year-old icons of European art history – with the works of the students and recent graduates Theodor Maier, Yul Koh & Sophie Anna Stadler and myself.

The exhibition ‘Maybe manifested’ will take place in between 09.04.2021 and 15.08.2021.
Due to the current restrictions there will be no opening reception.

My installation work ‘pennae’ examines the symbolism of insignia and their function as a legitimisation of class, status and territory.
„Nature itself becomes the medium, its utilization and transformation, its domestication serves as an orchestration of sovereignity,
and the visualization of the claim of power.“ 1

“In memory of a forgotten augur — might she have forseen the end of all empires? Her metallic feathers comb the skies to sound and beat the claim to power with her wings, and to worship the birds as the true rulers over our imagination.” Lona Gaikis (czirp czirp) 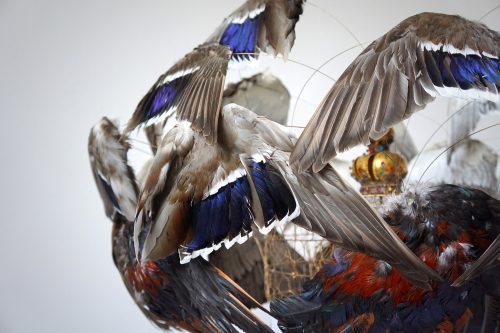 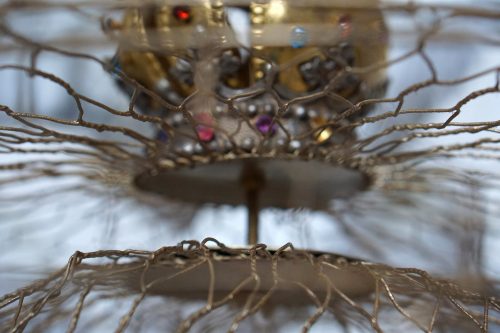 A cluster of wings encircles two surmounted crowns of the holy virgin and her child. The headpiece is comprised of 28 wings from different regions.
It hides the wearer’s identity and makes eye contact impossible between them and the spectator.
The symbolism used in the distinctive headdresses of ancient deities has not only served as a demonstration of the rulership over a certain territory,
but it also promoted the embodiment of the desirable features and characteristics associated with the respective materials used. 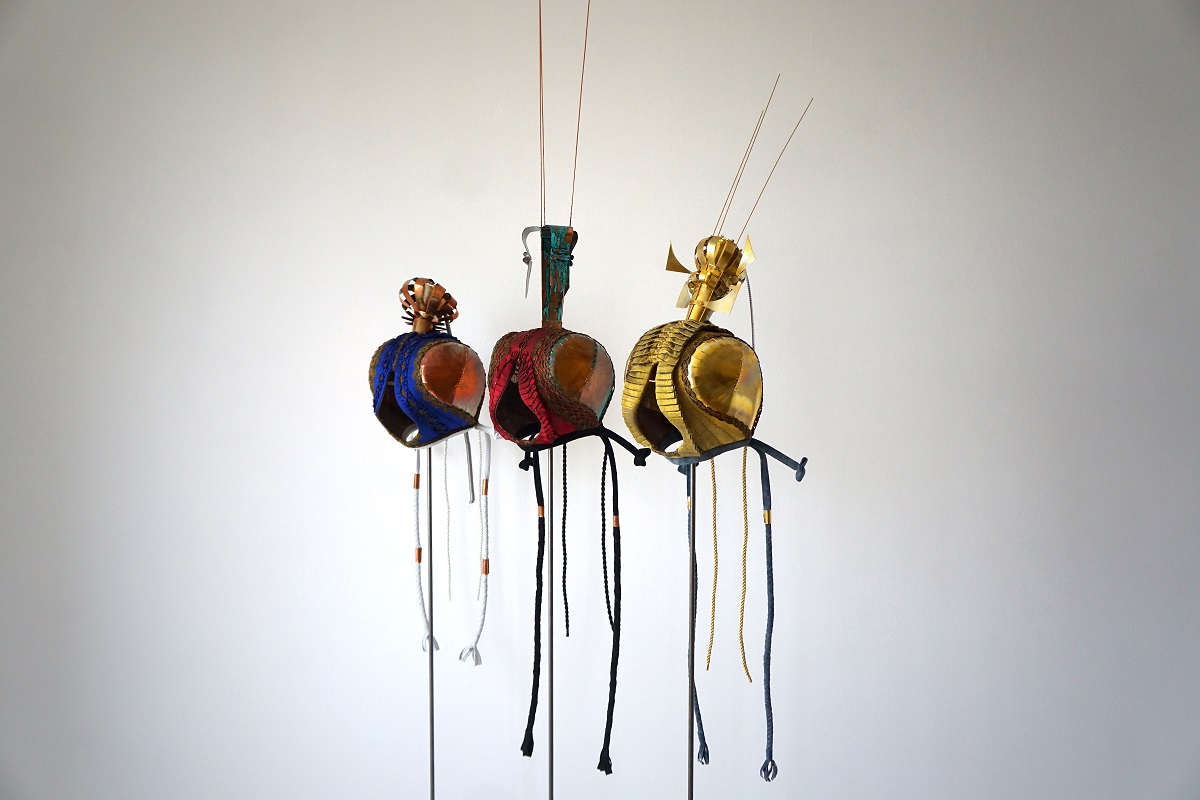 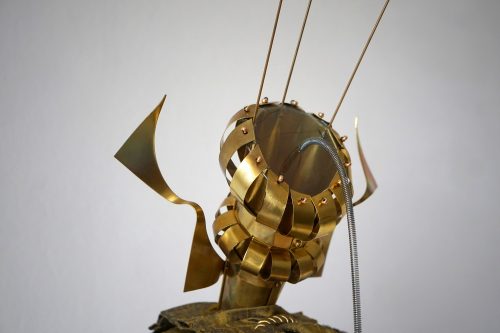 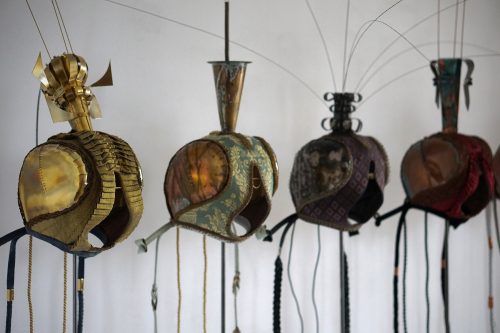 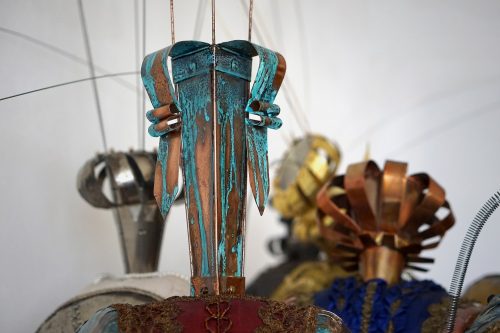 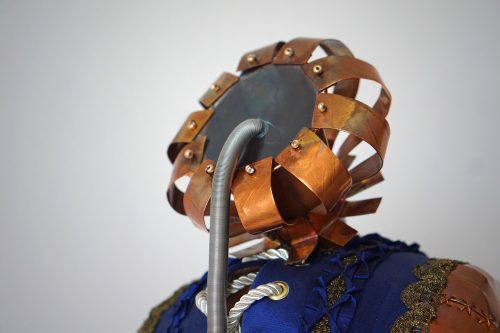 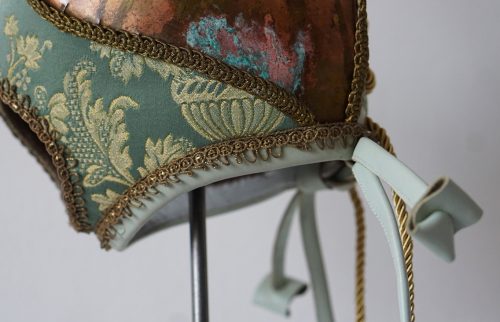 Eight flanking falconry hoods designed to be worn by humans are representatives for the eight picure-plates of the ‘Imperial Crown’.
Each hood features a different crown sculpted from patinated copper, brass or steel. Once they are put on, the vision of the wearer is obscured, while hearing the sound of the metal springs (German: Metallfedern (Engl.: metal feathers)) attached to a membrane and integrated into the crowns. The pieces will be mute in this exhibition. The falcon is celebrated as the aristocrat of the sky, as a messenger between heaven and earth, as a mediator between the profane and the sacred who flies across the boundaries separating this world from the next.

„Aristocratic hunting marks a strictely regimented and priviledged access to natural resources. Christina Joanaz De Melo charcterizes this regimentation, the allocation or the withholding of hunting rights, as an important instrument of social distinction and the demonstration of sovereignity.“ 1